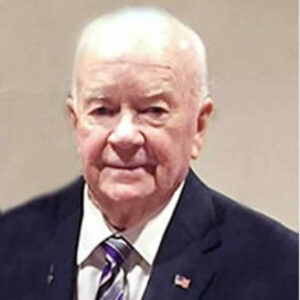 Lilledahl, William Clinton 87, of Coon Rapids, MN, was called home to our Lord on Sunday, October 28, 2018. Born November 22, 1930 in Minneapolis, to Anna and Anker Lilledahl. Survived by his wife of 51 years Patricia Lilledahl; daughters Kathleen (Bob) Porter, Pamela (David) Scott; sons Joe, Timothy, Daniel, Robert and Richard (Lori) Lilledahl; beloved Papa to many grandchildren and great grandchildren. Preceded in death by his parents, sons Jon, Jordan, Jay and Michael, and grandson Jason. He was a decorated Korean War Veteran who proudly served many years as Sergeant in the United States Marine Corps and most recently as Minnesota Commander for the Purple Heart. His bravery in the Battle of the Chosin Reservoir, making him part of the Chosin Few, was one of his most proud moments as a soldier. He was a well respected electrician who finished his career at Parsons. He was a Veteran whose bravery served on the front lines, and who is kind, selfless, loving heart served the front lines of our family. He will be golfing and riding free in his Dude Ranch in the sky until we meet again.

Memorial services will be held at Fort Snelling Chapel on November 30, 10-12.