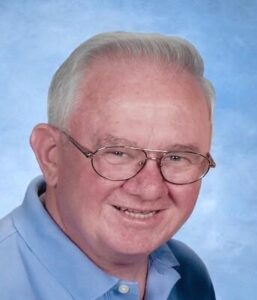 Claude was preceded in death by his sister Carole Matsche (Richard) and parents Elmer and Genevieve (Wisneski) Verkuilen. Claude was born on September 3, 1944, in Neenah, Wisconsin and is survived by his wife of 47 years, Peggy (Bryan); son Matthew (Jaime); grandchildren Claire and Hannah, brother William (Sylvia) and many nieces and nephews as well as great-nieces and great-nephews of who he cared for very much and will miss him greatly. He served in the U.S. Army as part of the 9th Infantry Division, while stationed with the Navy in Vietnam and is a combat-wounded veteran and a Purple Heart recipient. After completing his service with the Army, he became a precision machinist and worked for Remmele Engineering, where he retired after 37 ½ years. Claude always kept busy whether it was with projects around the home, in the garage, or tending to his garden. He was an avid woodworker, was always known for his willingness to help others, loved to read and was eager to learn something new after he retired. He had a special calling toward helping his fellow veterans whether it was through his involvement with the Military Order of the Purple Heart, the Military Order of the Cootie, the Veterans of Foreign Wars, the American Legion or the Disabled American Veterans of which he held life memberships and several local, district, state, and national appointments. Besides being a loving and loyal husband, his biggest honor was being able to be a father, grandfather, uncle, and great-uncle. He always took the time, no matter how busy he was, to teach, to mentor, to guide, and to simply be present wherever he could be. Claude was a wise source of counsel no matter when it was needed and will continue to be that wise counsel looking over us from heaven. Due to concerns surrounding COVID-19, a private interment was held at Fort Snelling National Cemetery with a celebration of life to be scheduled at a later date. In lieu of flowers, memorials may be made to the Eagle’s Healing Nest, 310 US-71 North, Sauk Centre, MN 56378.