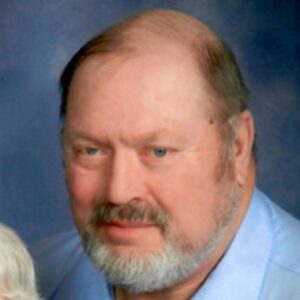 Bradford William Schmidt, age 69, of Hinckley, passed away on 2/17 /2020 at the VA Hospital in Minneapolis.

Brad Schmidt was born on January 20th, 1951 to William and Rosemary Schmidt. Brad grew up in the Kroschel area where he attended the Kroschel Country School through 6th grade. He then graduated from Hinckley High School in 1969. Brad enlisted in the U.S Army just weeks after his graduation and would serve 3 years, including two tours in Vietnam, as an Air Combat Medic in the 101st Airborne. He was awarded several honors, including the Distinguished Flying Cross, Bronze Star with Valor and two Purple Hearts. Upon his return in 1972, he would marry Arlene Jo Rohweder at St. John’s Lutheran Church in Kroschel on April 8th. 1972. He attended Anoka-Ramsey Community College in 1972-73; where he played football, wrestled and played baseball before signing a letter of intent to play for the University of Minnesota Gopher football team. Brad was part of the 1974 Gopher team, as an offensive guard, until injuries he sustained in Vietnam forced him to step aside from football. From 1975-1979, Brad and his wife Jo resided in the Ham Lake area where he managed and worked at the Coon Rapids Ice Arena. He returned to Hinckley in 1981, to raise their four children and started a farm along with a small painting company. After retirement, Brad enjoyed working with and helping Veterans through the VFW and American Legion. This included holding the position of VFW District Commander. He enjoyed watching sports and cheering on MN teams. He and Jo enjoyed trips across the USA, including an Alaskan cruise. He enjoyed spending time with his family, especially his eight grandchildren. Attending their activities and events brought him much joy!

Funeral will be held outdoors at St. John’s Lutheran Church for social distancing purposes.  There will be a tent with limited seating, there will also be the option of staying in your vehicles and listening to the service on your FM Radio.