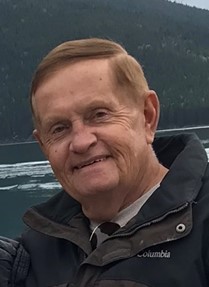 William “Bill” James Bellman, 74, of Winona, died at Gundersen Health System on October 4, 2021. Bill was born November 28, 1946, in Winona to Wilton and Pauline (Zakrzewski) Bellman. He graduated from Cotter High School in 1964 and earned his bachelor’s degree from the University of Minnesota-Duluth in 1971. Bill married Jean Mahoney on September 21, 1968, and together they raised five children. He served in Vietnam, receiving a Purple Heart, Bronze Star, Air Medal, and Combat Infantryman’s Badge. He later served as a captain with the 407th Civil Affairs Battalion in the U.S. Army Reserve. For most of Bill’s life, he worked as a park manager for the MN Department of Natural Resources at Beaver Creek, Great River Bluffs, and Lake Louise State Parks.

Bill was an avid outdoorsman and enjoyed fishing and hunting. He loved spending time with his family, and he had a soft spot for Labrador retrievers. He was also an active member of the VFW post 1287.

Mass of Christian Burial will be 11 a.m., Saturday, October 9, 2021, at St. Mary’s Catholic Church, Winona, with the Reverend Michael Cronin officiating. Visitation will be 9:30 a.m., until the time of Mass. He will be laid to rest at St. Mary’s Cemetery where VFW Post 1287 will provide military honors. Hoff Celebration of Life Center-Goodview is assisting the family with arrangements. www.hofffuneral.com