The 89th Annual MOPH National Convention in Rapid City, S.D. is History and history making for sure.  Our Posting of the Colors ceremony lead by members of the Mandan, Hidatsa, Arikara Nation VFW Post 9061 and Sisseton-Wahpeton Desert Storm Era Veterans was haled to be the most impressive in MOPH known history. I am sure attendees to the convention can still hear to drum beats of the ceremony in their heads, it was all very moving. Most especially for the veterans who have never experienced Native American Indian culture before.

A military veteran, Secretary Flute served our country in Afghanistan between 2006 and 2009. He believes that the Dakota values are similar to military values; Duty, Honor, Respect, Selfless Service, Honesty, and Bravery.

He graduated from North Dakota State University with two social science degrees and was a member of the American Honor Society.

Then a warm official South Dakota welcome by The Honorable Kristi Noem (via audio) Governor of South Dakota.

The MOPH axillary members in our joint opening remembrance ceremony only added to this special moment as we offered up the names of the members of both organizations who had departed this earth in the last year. And TAPS from a real trumpeter at the end brought many to tears.

I hope sometime in the near future to have the opening ceremony posted up on the web site or a link to u-tube when it becomes available. 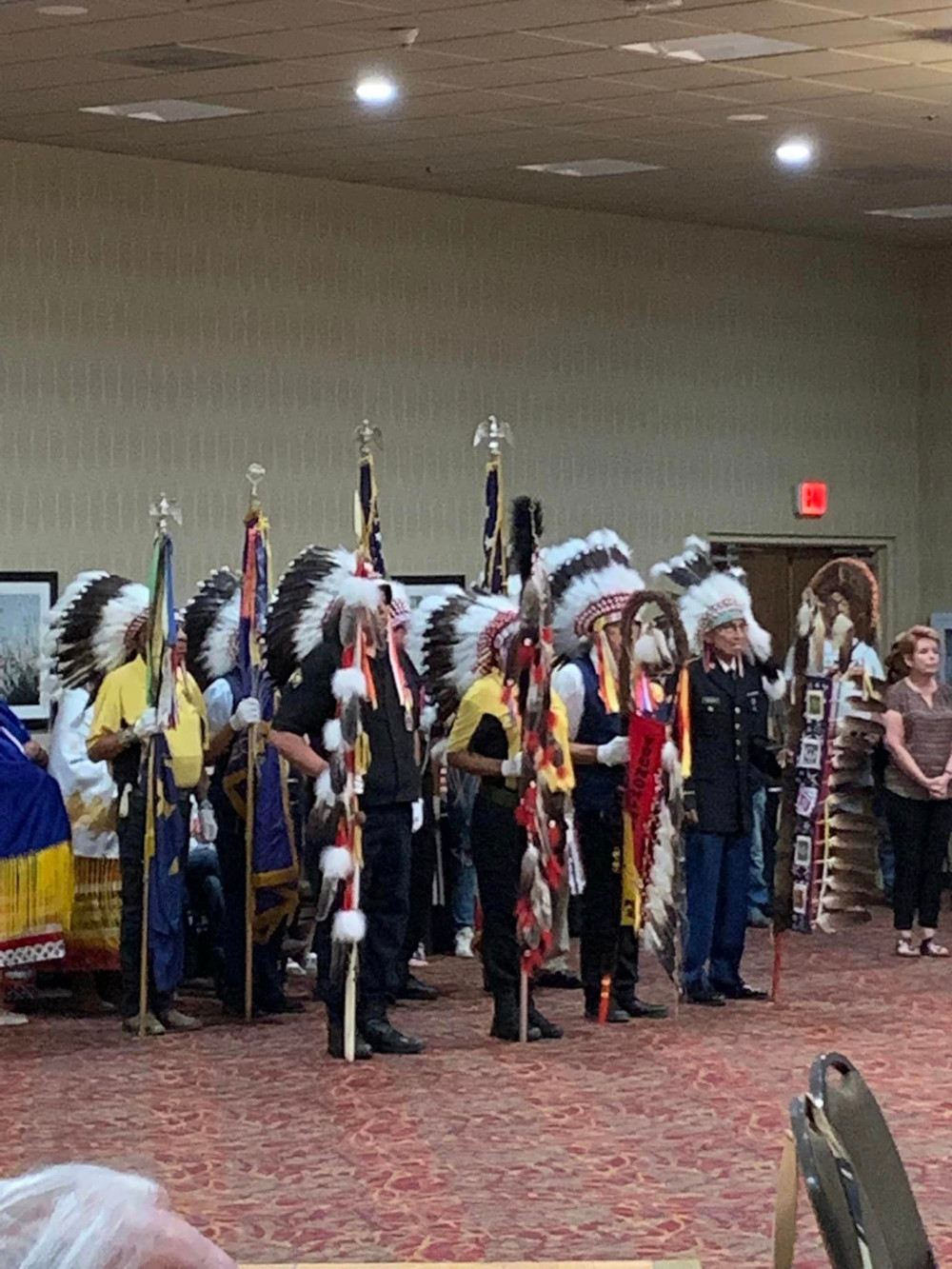 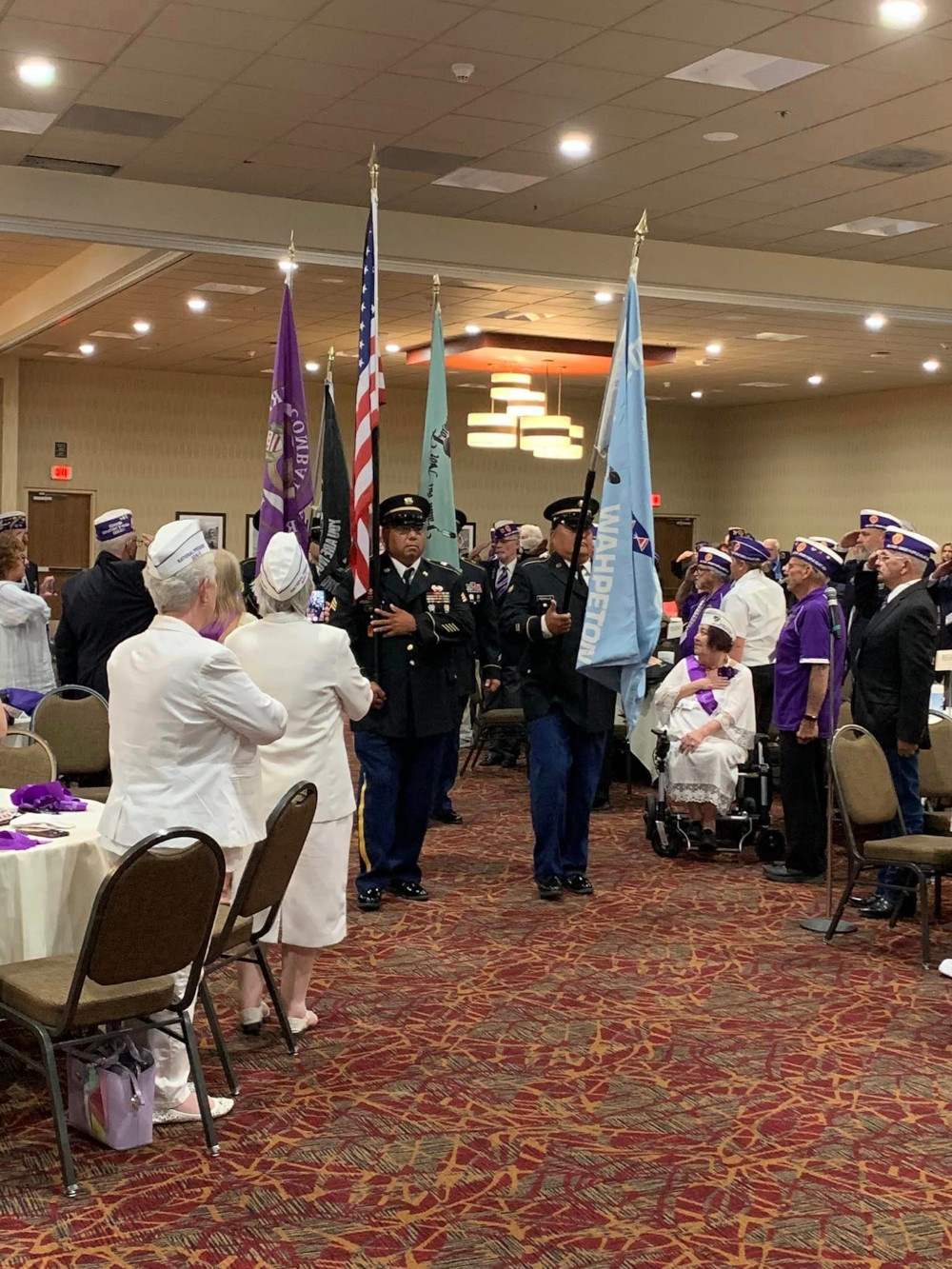 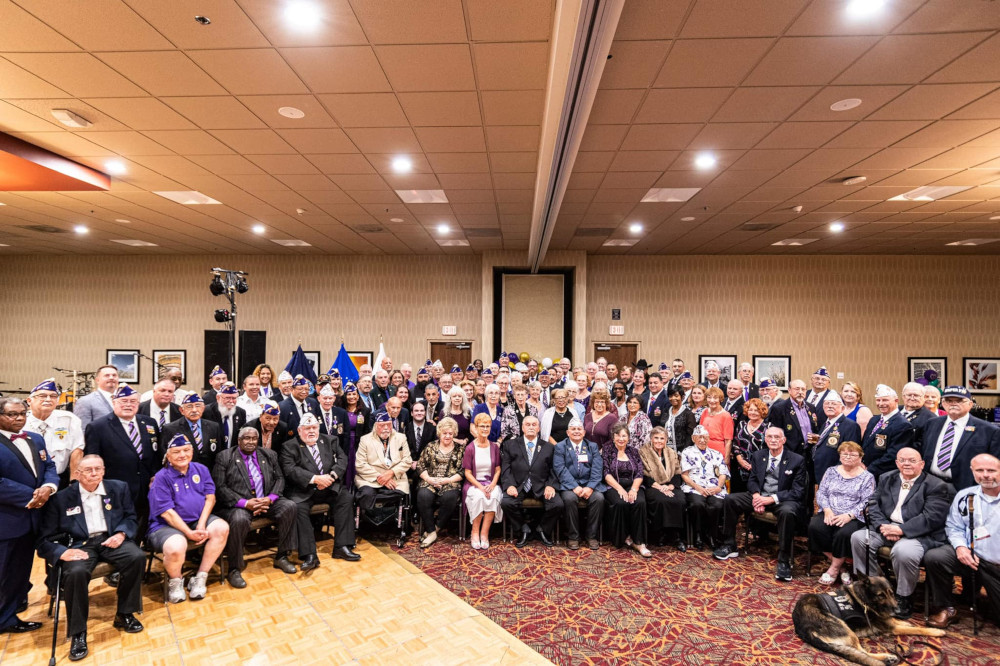 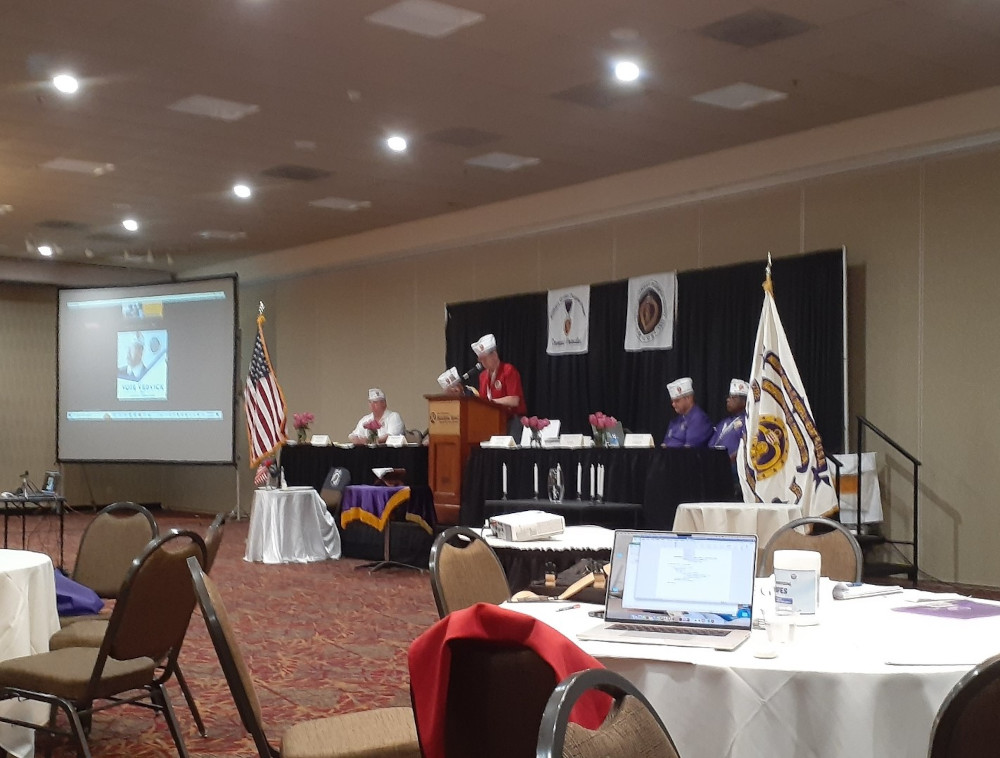 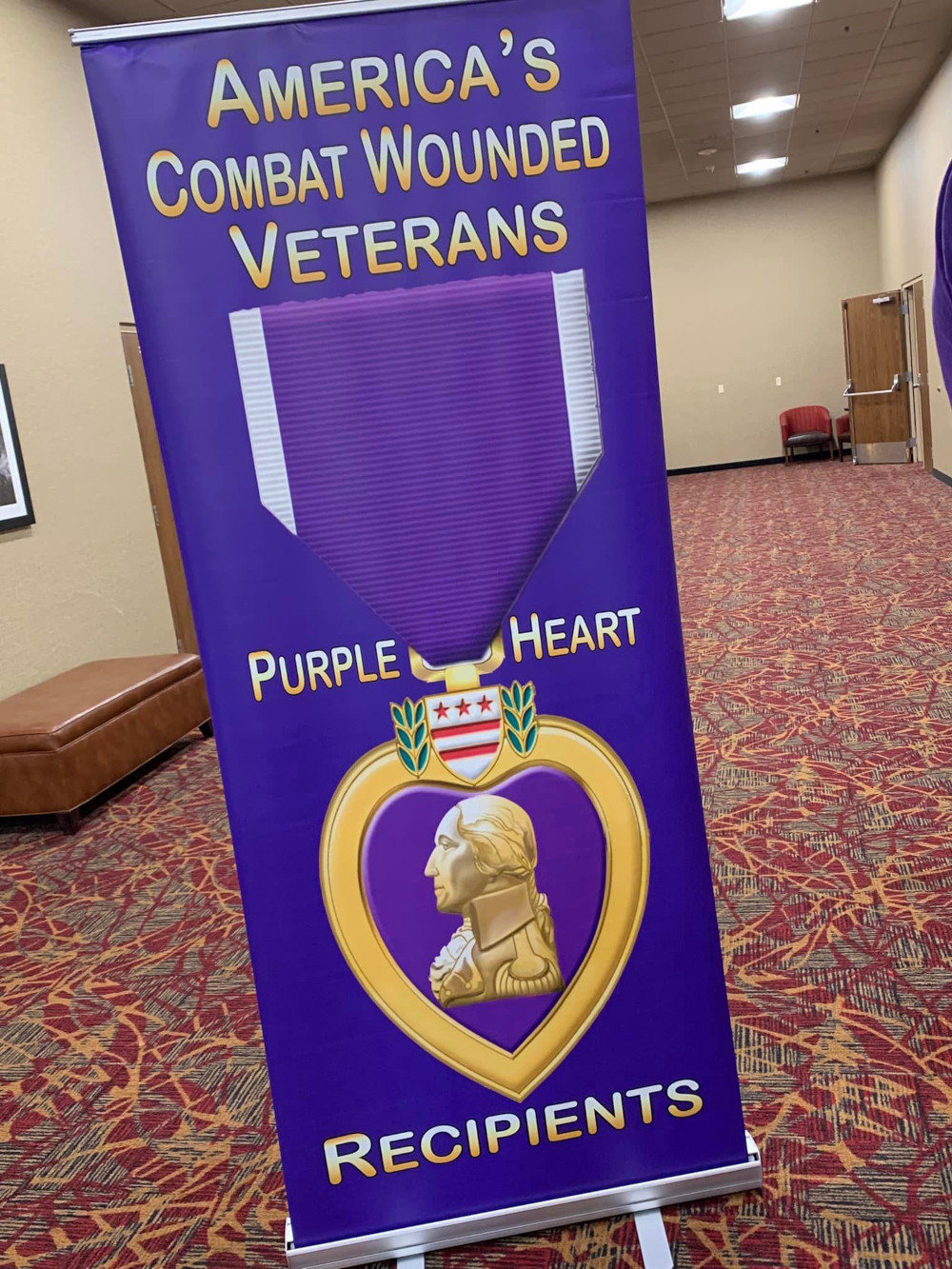